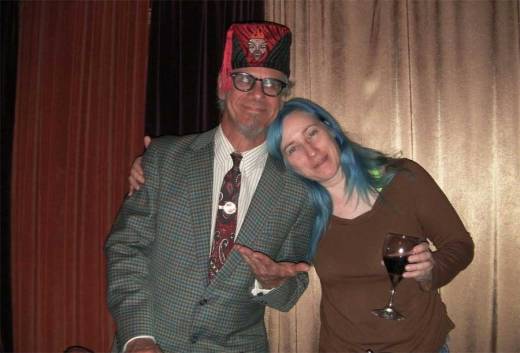 Phast Phreddie the Boogaloo Omnibus and DJ Shakey swing at the DYNAGROOVE!

DYNAGROOVE in October is always a gas. The 2014 one, held on the tenth, was no exception. Teddy’s Bar & Grill was filled early with folks celebrating a birthday, diggin’ the scene and eating the fine food. Why do you think they call it the “DYNAGROOVE?” Because folks dine on Teddy’s excellent cuisine and groove to the swingin’ sounds provided by host DJ Phast Phreddie the Boogaloo Omnibus. Special guest DJ was DJ Shakey, a most professional sort who played some super fabulous funk, soul, and jumpin’ jazz records for the DYNAGROOVE faithful. DJ Shakey has been an important component of the NYC vinyl DJ scene for quite some time, having DJ’d some boss parties (Rubulad, House of Yes, Dubday Mondays, Subway Soul Club, etc); hosts Shakey’s Record Fair; and is co-host of Warper Party Radio Extravaganza, an experimental music and audio art web program. DJ Shakey made provided excellent audio art of her own as she spun cool records while The Phast Man chowed down on Teddy’s famous Friday night fish fry!

For his part, The Boog played more cover songs than usual, in five different languages, and included three songs by Paul Revere & the Raiders in honor of Revere’s recent passing.

Here’s a list of all the records played by Phast Phredie the Boogaloo Omnibus at the DYNAGROOVE:

None of these records are for sale. Photos by Nancy “Jeannie” Gardner. Click on them and they will magically big-O-fi!! 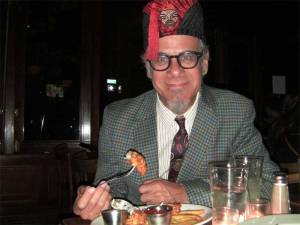 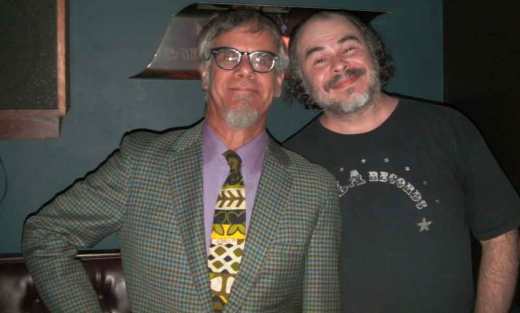 Boog and Boing bop at the Magic of Juju!

THE MAGIC OF JUJU was a groovy funk night, brought to you by the boss folks who run WANG DANG DOODLE Productions, that was held on September 26 at The Commodore in Williamsburg, Brooklyn. Hosted by Phast Phreddie the Boogaloo Omnibus, it featured the super tuff funk records of our pal DJ McBoing Boing. He is one of the city’s finest DJs, a very hip artist (he had a show in Chicago this summer), and a dealer of cool records (he has a hustle on ebay). The Boogaloo Bag writers are always happy to see him, and even happier when he is spinning records. So he was asked to swing at the JUJU, and he did so in a major way, playing records so funky that the Commodore chef came out of the kitchen to borrow some grease!

The evening was most definitely enhanced with the appearance of some of The Devil-Ettes, that fruggin’ dance troupe from ’Frisco that was in town for a series of shows. Those gals heated the place up with some fine dancin’ and prancin’ as The Boog and McBoing Boing spun hot funk and hard soul records all night long.

Here’s a list of the 45s played by Phast Phreddie the Boogaloo Omnibus at THE MAGIC OF JUJU: 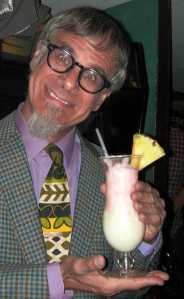 Here are a couple photos of The Devil-Ettes having a ball at the MAGIC OF JUJU. All photos are by Nancy “Jeannie” Gardner. Click on them and they will magically Big-O-Fi. 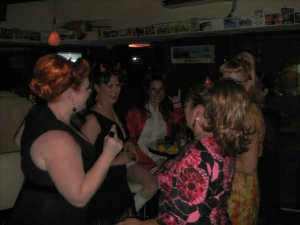 The Devil-Ettes swing at The Magic of Juju! 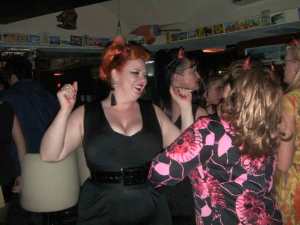 The Devil-Ettes continue to swing at The Magic of Juju! 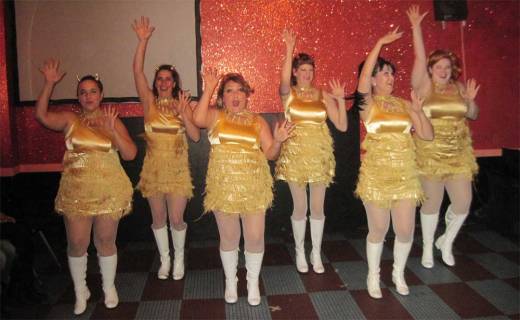 The Devil-Ettes are a fabulously frugging dance troupe of foxy female fun! Watch them shake and shimmy with synchronized moves to boss sixties grooves: sort of like a high school drill team gone Go-Go! Naturally, the girls hail from San Francisco—America’s home of high-art-meets-high-camp! The Boogaloo Bag writers have witnessed the glory of The Devil-Ettes several times as the group appears regularly at Tiki Oasis. 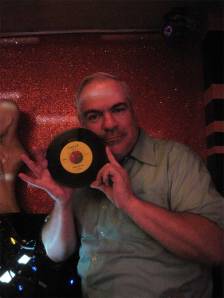 The gals invaded New York City for four days in September, starting with their Dance Party Au Go-Go—a meet and greet and watusi event at the Beauty Bar in Manhattan on Thursday the 25th. A couple of boss DJs were required, so The Devil-Ettes enlisted the bossest: Rex Doane, whose Saturday afternoon radio show—Fool’s Paradise on WFMU—is the greatest two hours of sonic mayhem imaginable. Rex played a number of hot frantic tracks—the kind that made him famous. Also on hand was Phast Phreddie the Boogaloo Omnibus, who supplied a solid Sixties Go-Go beat. At various appropriate times, The Devil-Ettes performed some of their spectacular routines. Can you spell S-W-I-M?

On the Friday, The Devil-Ettes put on an impromptu show at a Brooklyn bar, and then danced the night away at The Magic of Juju—a funk fest hosted by Phast Phreddie the Boogaloo Omnibus at the Commodore (more on that in our next post!). On the Saturday the gals took part in the New York Burlesque Festival. Then on Sunday, they swung at the Church of Titillation. These gals don’t stop! If they come to your town, make sure you make the scene.

Here’s a list of the records played by Phast Phreddie the Boogaloo Omnibus at The Devil-Ettes Dance Party Au Go-Go:

Below are more photos of The Devil-Ettes. Click on them and they will Big-O-Fi!