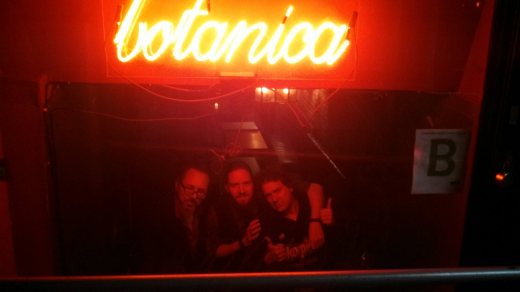 Mr. Fine Wine and buddies in the window at Botanica. Photo by Dan Donahue.

Mr. Fine Wine is a world-class soul music record collector, the host of a super cool radio show, one of the best soul music DJs on the planet, and a terribly nice guy. For the last several years he has been the house DJ at a little club called Botanica, located on Houston Street in New York City. In fact, on March 5, he celebrated 18 years of Wednesday nights at the club. You know he doesn’t play the same 45s over and over, so that’s a LOT of records.

Mr. Fine Wine’s radio show, called Downtown Soulville (after the hip Chuck Edwards song), airs every Friday night from 8 to 9 PM (Jersey City Time) on WFMU—the best radio station in the world. One solid hour of some of the finest soul and R&B 45s you will ever hear in your life, all from his own collection, fabulous records, including many so rare that few people have heard them!

When Mr. Fine Wine spins records in a club, as he does at Botanica and once a month at The Commodore, and even as an occasional guest DJ set at the Dynagroove or other nights around town, he always plays records that display a certain soulful beauty as well as a salacious beat! When Mr. Fine Wine is at the controls, you want to be on the dance floor! 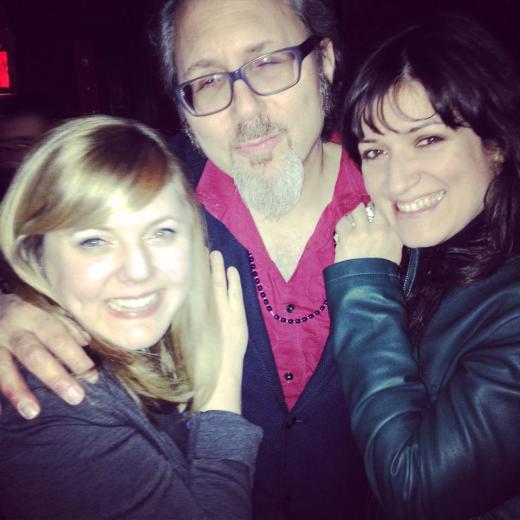 18 years is a long time in DJ Night Life, and Mr. Fine Wine should be given a hearty congratulations for accomplishing this feat. This is truly a deed that may not be matched any time soon.  It helps, of course, that the club has been able to stay in business longer than most bars in town–many which seem to come and go like spring flowers. Working behind the bar during most of these Wednesdays at Botanica is ace bartender Dan Donahue–whose ginger yum yum is something to behold! (For those keeping score, the Boogaloo Bag writers drink the virgin ginger yum yum.)

In order to celebrate his 18 years at Botanica, Mr. Fine Wine invited a bunch of his friends—most of them excellent DJs in their own right—to come down to Botanica and play a few records. Let’s see if we can remember all the DJs who showed up: Billy Miller (Norton Records), Peanut Butter Brown (Uptown Getdown), One Mint Julep (Lavender Lake), Brian Proust (Atlanta, GA), Big Sir (Flip City), Jennie Wasserman (The Dansettes), Greg Tormo (Solid Hit Soul Club), Lupe Loop (Discovery), Connie T Empress (Empire State Soul Club), Sheila B (Cha Cha Charming), Alex De Laszlo, Mr. Robinson (Dig Deeper) and probably some others who the Boogaloo Bag writers can’t remember or who showed up after we left.
With so many DJs swingin’ all on the same night, most of them were asked to play only five records. So here are the five records played by Phast Phreddie the Boogaloo Omnibus:

Click on the song titles to hear them!! None of these records are for sale.