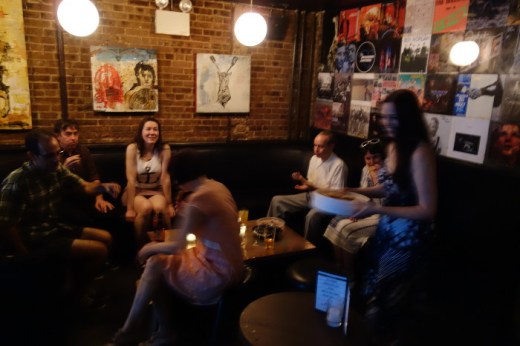 Very often, mid-summer events are attended very poorly–due to folks going on vacation; folks not wanting to deal with the heat; too many other things to do. Not so for the BIG TEN INCH, held on July 30 at the Hi-Fi Bar in the East Village of Manhattan. There was a lovely crowd of folks, old friends and new, who came to dig the spinning shellack discs. Everybody had a great time, diggin’ the old noise, eating pizza and man, those chocolate chip cookies that Boogaloo Bag photographer Nancy “Jeannie” Gardner made were super yummy! She even went so far as to bake some gluten-free brownies for one of the regulars, who has a health issue with that sort of thing. It was really incredible of her to be so thoughtful. How many other DJ nights can boast such hospitality? Folks, if you are not making it to the BIG TEN INCH, you are not making it anywhere!!

Adam Lore swings with a hot blues on the Cobra label.

Alex De Laszlo heats up the joint with a mambo!

Phast Phreddie the Boogaloo Omnibus searches for a disc that the crowd will dig!

First-timer Josh Mackie played some swing records, then gave them away!! 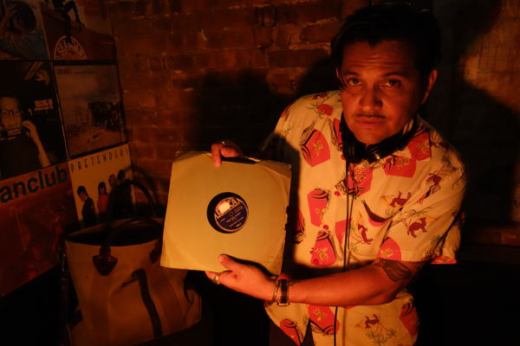 So who was there–who brought 78s to spin? Well, along with host Phast Phreddie the Boogaloo Omnibus, there were several regulars: Juke Joint Jonnny, Adam Lore, Justin CollectorScum, Michael McMahon, Alex De Laszlo and Tony Salvaje. Newcomer Josh Mackie not only played the 78s he brought, but he gave many of them away! If you dig 78s, you gotta come by, because someone is always trying to find a new home for old discs. (The Boog scored a great calypso record and played it!)

Here’s a gallery of some of the 78s that were played: 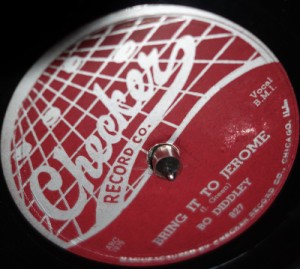 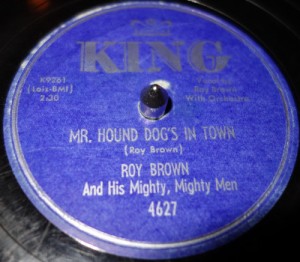 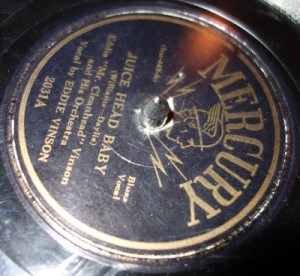 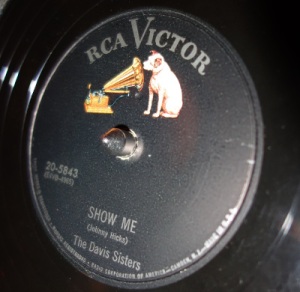 None of these records are for sale. Some of them have links to the youtubes or the George Blood collection at the Internet Archive so you can dig the action in the privacy of your own mind.