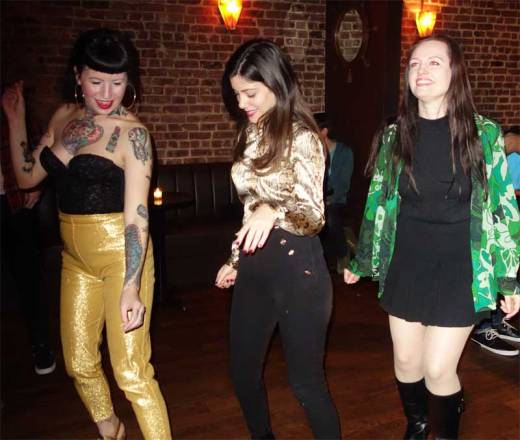 The WHAM-O WATUSI has officially become a truly national and international event. As the astute Boogaloo Bag reader may remember, the last WHAM featured a great DJ from Mexico. On February 6, The WHAM was scheduled to swing at the Bootleg Bar with host Phast Pheddie the Boogaloo Omnibus and guest DJ Mister Brandon Pierce Peck. Then, three weeks before the gig, he got an emergency call on the Bat-phone from our pal DJ Rata: a friend of Rata’s from Barcelona was going to be in town that weekend; can he DJ at the WHAM?

You bet he can! About twelve years ago, The Boog swung at a couple of groovy clubs in Barcelona: Barbara Ann and Badlands. Both experiences were fabulous. The least The Boog could do was to add this fine Spanish DJ to the bill at the WHAM. ¡No problemo!

The man from Spain was Turis Bang Bang. Not only is he a DJ who spins reet sounds, he is also an event promoter, and runs a club called A Wamba Baluba, where he books cool bands, such as our pals Daddy Long Legs. Plus, the guy could play a mean record, that’s for sure! 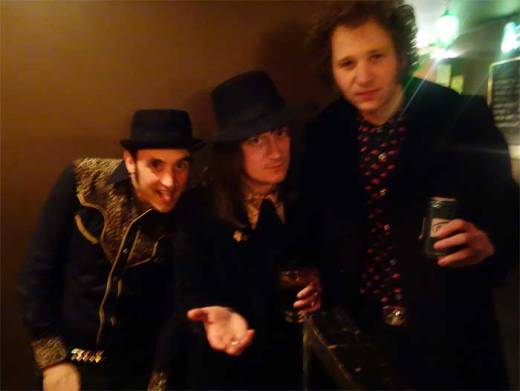 DJ Turis Bang Bang is visited by Josh Styles and Brian Hurd of DADDY LONG LEGS at the WHAM-O WATUSI!

At WHAM-O WATUSI, Señor Bang Bang only played a couple songs in Spanish. However, he played a LOT of great, rockin’ instrumentals and top R&B jump numbers that kept the joint hoppin’ while he was at the turntables.

Let’s not forget the other guest DJ that night: Mister Brandon Pierce Peck (AKA Handsome Vanzandt) also played a few good records. He’s a hep cat whose sideburns are as long as he is. Mister Brandon, who hails from way down south–Jacksonville, Florida to be exact–has been seen spinning his black round guys at such events and venues as Hullabaloo, Out of Sight, The Lone Wolf, Don Pedro and Otto’s Shrunken Head. At The Wham, his time at the turntables playing boss sounds was appreciated by the many folks boppin’ on the dance floor. Not only that, he contributed to the night in an entirely unique and wonderful way by drawing the incredibly groovy poster that advertised the night (see below). No wonder there were so many beautiful people in attendance, making it the most successful WHAM-O WATUSI yet! 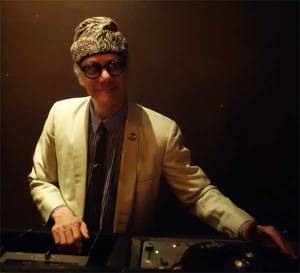 Host DJ Phast Phreddie the Boogaloo Omnibus played his usual trash: R&B, ska, rock’n’roll, freak beat, garage rock and twisted instrumentals in a mix that he refers to as “excited bedlam.” Plus, unlike the man from Spain, The Boog spun at least a dozen records sung in the Spanish language. It seems that the “Wham-O Bird” record has become the WHAM-O WATUSI theme song, as it has initiated the action for the last three events! Here’s a list of all the records played by El Rapido:

None of these records are for sale! In order to fully appreciate the Boogaloo Bag Experience, it helps if the reader clicks on the images (which will scientifically Big-O-Fi™) and the links, especially the song links, when provided.