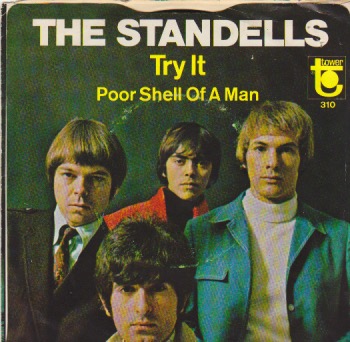 For February, the WHAM-O WATUSI was pushed back two full weeks and took place on the 18th at the Bootleg Bar—Bushwick’s most exciting watering hole! But that’s ok, as it turned out that night was the best time for guest DJ Andy Maltz to make his first appearance at the WHAM.

The Boogaloo Bag writers have been aware of Mr. Maltz for some time, mostly via a vast array of mutual friends; his bands The Little Killers and The Piggies; and through the activities of Norton Records in which he often partakes. Plus, he DJs twice a week at Union Pool in Williamsburg–Thursday and Sundays starting at 8pm. Thus, everybody already knows he has hip taste in reet sounds. However, The Boogaloo Bag writers were very impressed with his DJ skills as he applied them on January 1 at Friends and Lovers during the birthday tribute to the late great Billy Miller of said Norton Records. The way he put his set together—punk rock mixed in with garage rockers and R&B shouters—was totally boss. WHAM host Phast Phreddie the Boogaloo Omnibus heard that and was knocked out completely—deciding right then that Mr. Maltz had to be asked to swing at the soonest WHAM-O WATUSI possible.

Andy Maltz did not disappoint. First off, due to subway train schedules being mixed up over the weekend, the Phast Man was nearly 20 minutes late to the dance. Luckily, when he walked into the dark, friendly confines of the Bootleg Bar, Mr. Maltz was already swingin’, having set up the DJ booth and commenced playing cool 45s at the appropriate volume for the lucky folks in attendance. Each of his thirty-minute sets seemed to contain mini-sets that kept the beat flowing in a sensible manner, even when he was playing insensible records! For the last hour, he and Phast Phreddie traded plays, as they went from some rockabilly platters, to garage rock, to surf records before it got a little nuts.

Unfortunately, the Boogaloo Bag writers left the camera at home, therefore no photos exist of Andy Maltz swingin’ at the Boot on this night. For that, we apologize and promise to have him back soon in order to make up for this unthinkable oversight in planning!

Here’s a list of all the records played by Phast Phreddie the Boogaloo Omnibus at the WHAM-O WATUSI on February 18:

Some of the songs have links to the youtube so the reader can attempt to recreate the night in the privacy of his or her own home. None of these records are for sale.