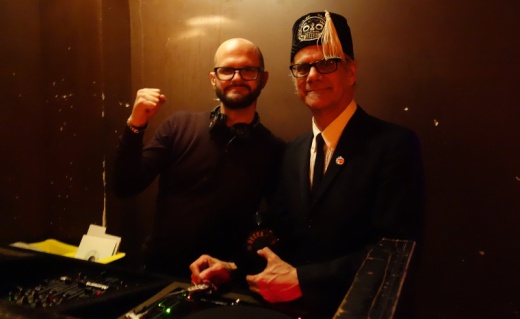 On February 10, the 31st WHAM-O WATUSI was held at the Bootleg Bar. It took place on the second Saturday of the month instead of the first in order to accommodate the host, Phast Phreddie the Boogaloo Omnibus, whose presence was required at the fabulous Subway Soul Club event on February 3rd. However, the WHAM-O went on without a hitch, spruced up immensely by the presence and the records of guest DJ Kurtis Powers. 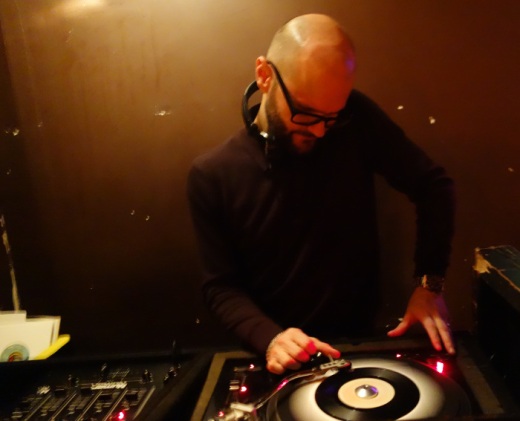 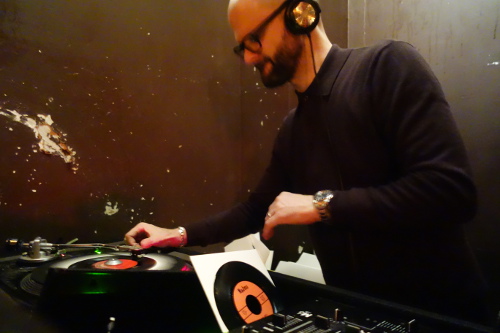 Mr. Powers is a cool cat who we have known on the scene for many years, but only recently had the pleasure to work with. He has recently acquired an online streaming radio station that he calls The Face Radio. It blasts all sorts of cool, Modernist sounds: soul, funk, rare groove, jazz. He is also an internationally renown DJ–in fact, less then a week after he spins at the WHAM he will be on a DJ tour of Great Britain for two weeks. At the WHAM, he played a ton of great old soul and R&B records that had the place hoppin’.

Phast Phreddie played a few soul records, too. Also, since Fat Tuesday was later in the week, he played a set of seven records from New Orleans. Plus, he played four “monkey” records in a row!

Also on hand to spiff up the evening was the Boogaloo Bag photographer Miss Nancy “Jeannie” Gardner who baked some delicious brownies–including some vegan ones–and passed them out to those in attendance. At the WHAM-O WATUSI one can literally dine and dance! What other DJ night brings you yummy treats along with boss sounds for your feets?

Here’s a list of all the records played by Phast Phreddie the Boogaloo Omnibus at the WHAM-O WATUSI:

None of these records are for sale. Many of them have links to the youtubes. Click on them and recreate the WHAM in the privacy of your own home!

Special thanks to our pal Robbie Busch for letting us use this groovy image he created for our poster.