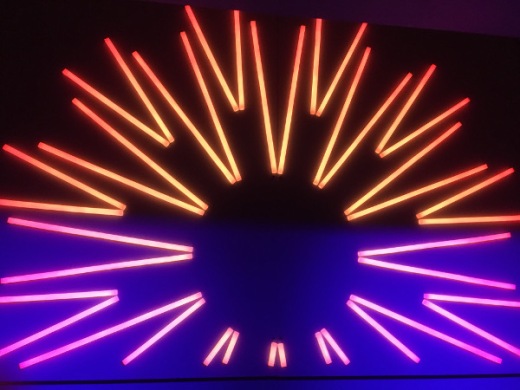 Our pal Jonathan Toubin, truly a premier DJ of reet music if ever there was one, hosts the groovy Sunday Soul Scream on the rooftop of Our Wicked Lady through the summer months. He is a very busy man. On Sunday July 1, he was scheduled to be in Los Angeles for a series of events and could not make the Scream. To host the night, he roped in Haley Griffin and Bailey Leiter to make sure the evening ran smoothly. One of Brooklyn’s bossest bands The Othermen agreed to appear. Our new  friend The Wig Doctor was signed on to spin records before the band played. Post band DJs picked for this occasion were Avi Spivak of Rebel Rouser and Phast Phreddie the Boogaloo Omnibus. The night was warm and humid–indeed, everyone was sweatying–and Our Wicked Lady responded with an assortment of frozen cocktails. The moon was out and a lot of our friends showed up to swing with us.

The secret of the evening is the room on the ground floor which is air conditioned. The music from the rooftop is piped in, so no one missed a single needle-drop. Phast Phreddie‘s favorite thing: they have an excellent ginger beer on tap!

On the Googles, Our Wicked Lady is noted as a “hip music venue, arts complex & roof bar.” And so it is. Although the bar itself is of average size, the rooftop area is fairly sizable, allowing for a stage on one end and a bar, with DJ setup, on the other. It is situated in a very industrial area of East Williamsburg where few people live. Thus it can have loud music playing well into the night with nobody complaining. At about five minutes from the Morgan Avenue L Train stop, it is in a very convenient location. 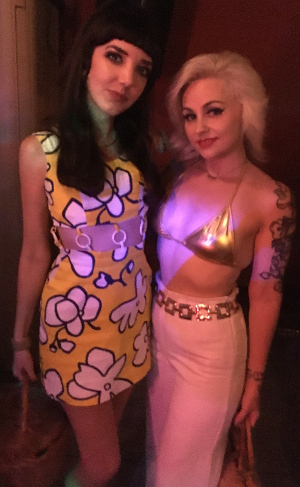 As Mr. Toubin so aptly put it, Haley and Bailey are “two snazzy babes.” After being on the scene and witnessing things going down for several years, they started their own event Je T’Aime Oh No, which takes place every Monday at Berlin. These gals know how to party, that’s for sure. 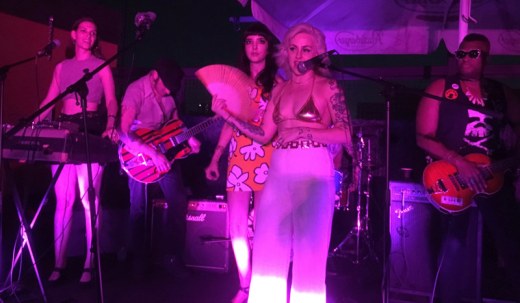 Bailey & Haley introduce The Othermen at the Sunday Soul Scream.

The Othermen is a grunge rock band in the pure sense of the word (having absolutely nothing to do with the so-called grunge rock movement of the early Nineties). At dictionary.com, “grunge” is defined as “dirt, filth, rubbish.” That’s exactly what this group sounds like, in the most fabulous way imaginable. With every instrument played at levels that achieve stunning audio distortion, this group makes a righteous, rockin’ noise unlike any other–with the optimal word being “noise” and the noise is boss! Highly recommended. 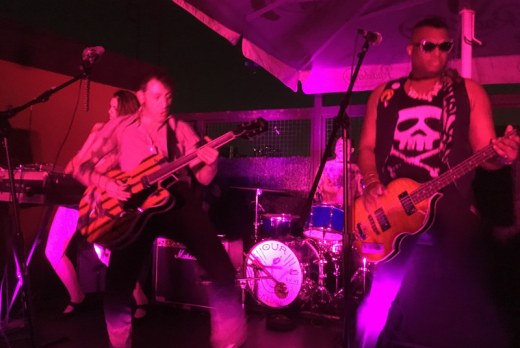 The Boogaloo Bag writers first met The Wig Doctor when they DJed together at one of DJ Rata’s Shake It Up Sundays last summer. He played some heavy, heavy mambos and cumbia records that we all dug. He is often seen working on Thursdays at Friends and Lovers in Prospect Heights and spins at Our Wicked Lady fairly regularly. He also pals around with Drew Redmond and they often DJ together, such as their Gettin’ Ugly night at the Beauty Bar. On this night, The Wig Doctor mixed it up with an eclectic set of rock, soul, funk, mambo and several other exotic styles. It was a gas. 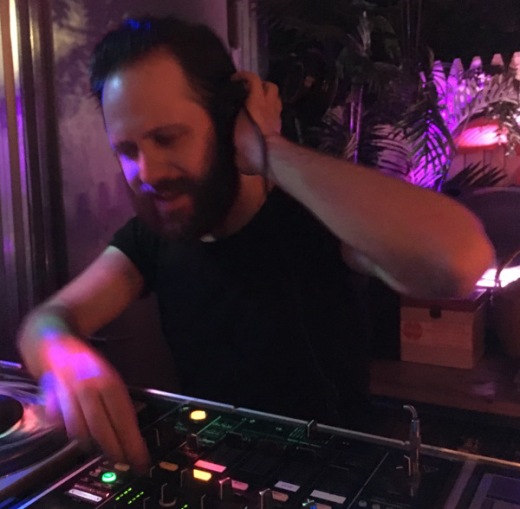 The Wig Doctor swings at the Sunday Soul Scream.

Besides being an incredible artist, Avi Spivak is a cat with a bunch of boss trash. He swings at the Rebel Rouser, a cool record and groovy stuff store. LPs, 45s, books, horror magazines, underground comix, and weird cult movies are all there for the buying. Located on Broadway, near the edge of Bushwick, it may seem small, but everything the place sells is gear. Rebel Rouser has hosted Rebel Rouser Club House nights at Ceremony with Josh Styles, William Martin, usually a rockin’ band and always Avi Spivak. A solid good time. 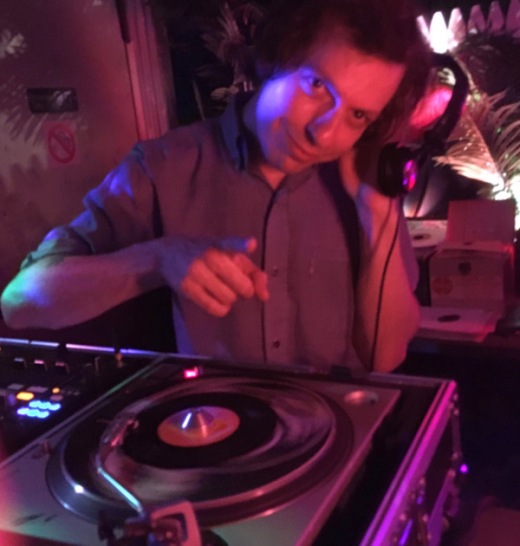 The rooftop space was place was full of folks to dig The Othermen, and most of them stayed to dance to the solid sounds laid down by the two late-night DJs. Phast Phreddie the Boogaloo Omnibus did not fool around by playing any lukewarm jive. Every record he played had super Go-Go Beat excitation. He must have gotten hungry around three quarters through the night as he played five food records in a row. Six if you count the Phil Flowers record (“…having to scrounge your next meal”)! 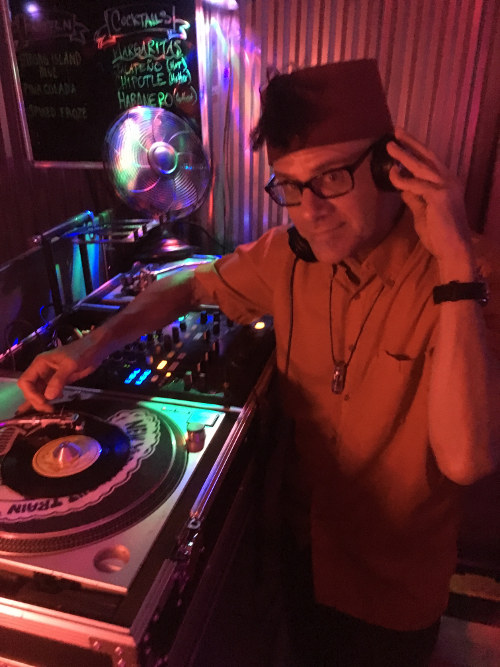 Here’s a list of all the records played by Phast Phreddie the Boogaloo Omnibus at the Sunday Soul Scream:

None of these records are for sale. Some of them have links to the youtubes for you to dig. 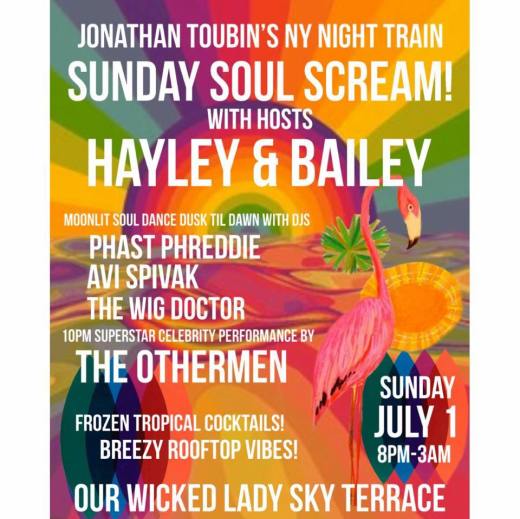