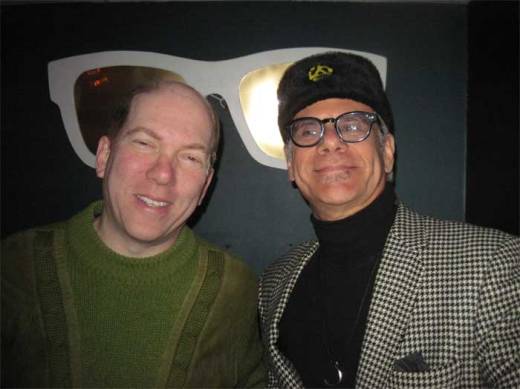 In other words, it is like a WANG DANG DOODLE, but with Todd-O-Phonic Todd instead of Dave the Spazz!!

Todd-O-Phonic Todd did not disappoint! In fact, he may have played some of the bossest recordings ever committed to wax—and I do mean “committed!!” He showed up a bit late but when he got down to business, what he played was all the way great! Todd-O-Phonic Todd knows a bit about boss records. He is a long time collector of truly insane rock’n’roll records, plus, he used to own and book the legendary Hoboken nightclub Maxwell’s and he’s a fill-in DJ at WFMU.

Todd-O-Phonic Todd is also one of The Boog‘s oldest friends on the East Coast, having met him during a trip to New York City in 1977–when The Boog also met Miriam Linna (Norton Records), The Hound, Lydia Lunch and saw The Cramps and The Feelies. At the RAMA LAMA FA FA FA, Todd-O-Phonic Todd spun some extraordinary platters such as these (click on the thumbnails to see them big-O-nized:

Host DJ Phast Phreddie the Boogaloo Omnibus played a couple records, too, including all of these: