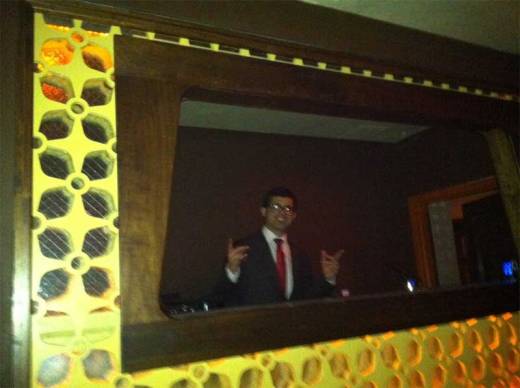 The Uptown Getdown is the latest entry into soul dance DJ night activities. This particular one, which took place on Thursday January 30, was held at Ginny’s Supper Club in Harlem—a beautifully appointed room in the basement of the Red Rooster on Lenox Avenue. The Uptown Getdown was organized and hosted by our pal Peanut Butter Brown, who was absolutely swingin’ at this, his first, DJ appearance. Other DJs included HoneyDew Sue, One Mint Julep and Phast Phreddie the Boogaloo Omnibus. A hearty congratulation is hereby extended to Peanut Butter Brown for a very successful event!

Unfortunately, a cloud settled over what should have been the happiest of occasions due to the passing of the great R&B singer The Mighty Hannibal earlier in the day. Although Hannibal did not have many R&B chart hits, his career began in the fifties and, for more than a decade, it paralleled the history of R&B itself. He cut doo wop records, hard R&B, soul and funk. His best records are as good as it gets and it’s a shame that they did not receive greater recognition when they were originally issued; but they are prized among soul music aficionados. Phast Phreddie the Boogaloo Omnibus honored The Mighty Hannibal during the Uptown Getdown by playing three of his songs.

Here’s a list of everything played by The Boog:

One thought on “Uptown Getdown Boogaloo!”