Once again, the WHAM-O WATUSI, regularly scheduled for the first Saturday of the month, did not actually take place until deep into April… the 22nd. As noted in a previous Boogaloo Bag entry, this was done in order to accommodate host Phast Phreddie the Boogaloo Omnibus so he could play a few soul records at Soul Night; a spectacular event that you can read about HERE!

Well, it may have taken place on the 22nd, but according to our notes, this was the 21st WHAM-O WATUSI held at the Bootleg Bar! For this occasion, a special guest DJ was required, and one was obtained: Brian Hurd of the boss new teen combo Daddy Long Legs.

Mr. Hurd is a blues-wailin’ cat from St. Louis who knows about good records. Heck, not only does he buy boss records, spin them at cool DJ nights, but he makes them!!

Daddy Long Legs is a very blues-influenced group that has been shaking a lot of action of late. With two studio LPs, a live album and another where they back the great bluesman T. Valentine, this is a band on the go. Currently, Daddy Long Legs is taking some time off from the road in order to work on a new album and play select live gigs. We here at the Boogaloo Bag can not recommend this fine musical unit enough and suggest that all Bag readers purchase their waxings immediately at the Norton Records website. I mean, now! That’s ok. We’ll wait. 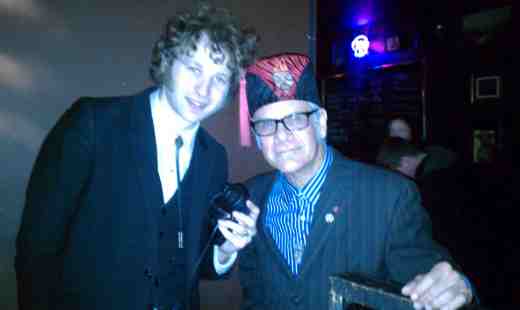 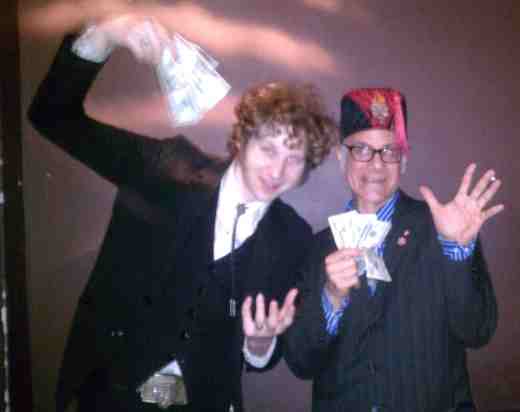 Yes! Now that you’ve ordered your Daddy Long Legs records, we may continue with this Boogaloo Bag entry…

The Boogaloo Bag writers are very happy to note that the entire Daddy Long Legs musical organization came to the Bootleg Bar that night to dig the WHAM-O scene.

Since the blues is featured so much in the Daddy Long Legs repertoire, it may come as no surprise that this WHAM-O WATUSI night featured so many blues records, or recordings of blues songs. What may come as a total surprise was the playing of three songs by the legendary Dion to express the Boogaloo Bag’s excitement regarding the release of a new Dion LP on the fabulous Norton label (do they get all the good acts?). The new album is a collection of Dion recordings from the early/mid-sixties that were slated for an album that was never released. The singles that were played are all from the era, including one on Norton of a cover of Chuck Berry’s “Too Much Monkey Business” that has never been released before. The new Dion LP of old stuff should be out soon. All the Boogaloo Bag writers are looking forward to it.

Gettin’ back to the WHAM, it seems that Mr. Hurd underestimated the amount of records he would need, so at toward the end of the night, he and Phast Phreddie took turns playing records from the box of the Boog! That action started with the Roy Head record that Brian picked out of the Boog Box; all noted below…

Here’s a list of all the records played by Phast Phreddie the Boogaloo Omnibus at the WHAM-O WATUSI held at the Bootleg Bar on April 22, 2017:

None of these records are for sale. Some of the tracks listed have links to sound recordings on the youtubes. Click on them to dig them. 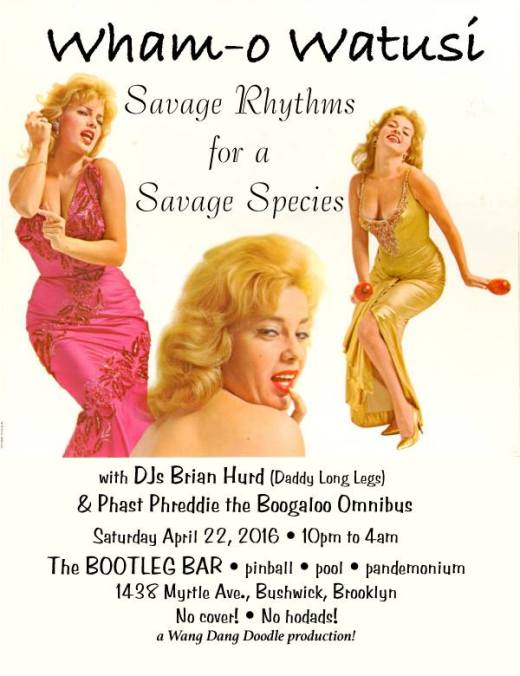