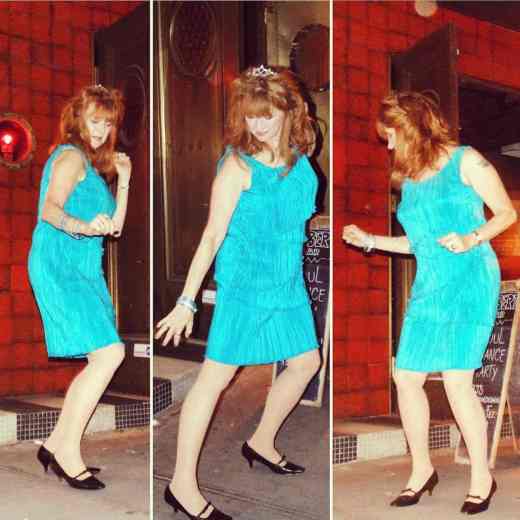 Connie T Empress does the boogaloo in front of the Robert Bar, emphasizing the magnificence of her tiara. Photo montage by Luis Zuluaga.

On July 27, Joshua White, an owner of the tastefully appointed Robert Bar in Cobble Hill, Brooklyn, posted on the Facedog that he needed a DJ for Saturday August 19. Phast Phreddie the Boogaloo Omnibus–living up to his name, for once–saw it and pounced. Maybe a second or two later, Connie T Empress, the Empress of Soul Records, also saw it and asked for the night. Thus, it was decided that the tiara-wearing Empress and be-fezzed Boogaloo Omnibus join forces on this evening in order to present Tiara vs Fez: There’s Gonna Be a Showdown!

Empress at the controls!

As has been written previously in the Boogaloo Bag , Connie T Empress was the den mother of the late, great Empire State Soul Club. Also, that Phast Phreddie the Boogaloo Omnibus is the resident DJ for the Subway Soul Club. So you just know that when these two get together a few soul records will be played.

And so they were.

The Empress excited all the attendees with her excellent selection of favorites from the Empire State Soul Club days. Those ESSC events were so fabulous and every record that Miss Connie played reminded us all just how so. The Boog, on the other hand, played a bunch of new acquisitions along with a few old favorites and folks seemed to dig it anyway.

Brooklyn Babydoll and her man Jack swing at the Robert Bar!

Another one of the highlights of the night were the yummy oatmeal/chocolate chip cookies baked by Nancy “Jeannie” Gardner. Although she was unable to make the scene, her presence was very much felt! Thank you, Miss Nancy! It was great to see some familiar faces at the Robert Bar and we met some new folks, too, including Christopher Kay and Luis Zuluaga, both of whom took some photos that are presented here in this Boogaloo Bag post. Thank you, people!

Here’s a list of all the records played by Phast Phreddie the Boogaloo Omnibus at Tiara vs Fezz: There’s Gonna Be a Showdown!

None of these records are for sale. Dig the links to the youtubes and dig the soul sounds! 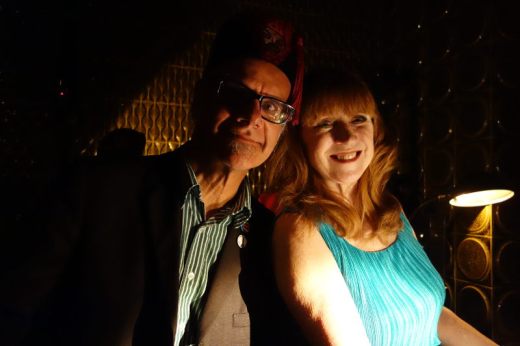