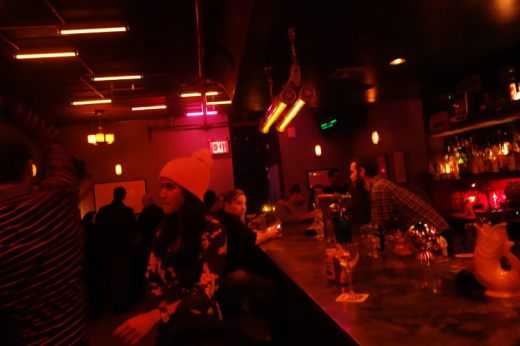 The Jupiter Disco is a bar on the very far reaches of East Williamsburg. It is located at 1237 Flushing Avenue. We give the address because if you are not paying attention, you will not find this bar. This part of Flushing is very industrial–indeed, the Jupe is located in a brick building with no markings. However, once you find the right door, open it and look inside, you will be pleased to see a very elegant establishment. It recently celebrated its first year of operation. In late October, it initiated an experimental series of retro-themed nights called Stormy Monday that featured some of our favorite DJs, including Sheila B and Todd-O-Phonic Todd. Phast Phreddie the Boogaloo Omnibus was asked to swing on November 13–and that’s what happened.

The night started at 8pm and went until 1am. That’s five hours of The Boog by himself. His box fits about 140 singles and he usually doesn’t pack it all the way. On this night, he played 127 records (listed below) with only five records left unplayed! That is cutting it close! If the club had asked him to play an extra hour he would have had to play B-sides!!

Having just returned from the wonderful experience of the Keystone State Soul Weekender, The Boog had lots of soul records that he pulled for that event but did not have time to play. So much of the evening comprised of the playing of many great soul records. He also threw in a few ska records, a couple garage rock jams and some top shelf Go-Go dancer numbers.

The Stormy Monday is a great idea and the Boogaloo Bag writers hope that it may continue for some time. The Jupiter Disco is one of our favorite new clubs; it is very groovy and the sound system is tops. It is just a block and a half from the Jefferson stop on the L Train, so it is convenient to reach; especially if you are carrying 130 45s! The Boog hopes to be back soon. 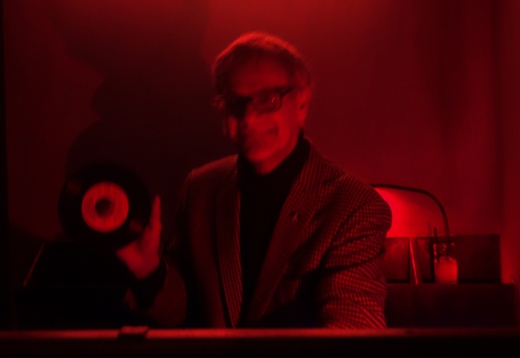 Phast Phreddie the Boogaloo Omnibus swings at the Jupiter Disco.

Boogaloo Bag photographer Nancy “Jeannie” Gardner was on hand with yummy pumpkin spice cookies and our pals Drew Redmond and Zuzia dropped by to eat most of them.

Here’s a list of all 127 records played by Phast Phreddie the Boogaloo Omnibus at Jupiter Disco’s Stormy Monday: 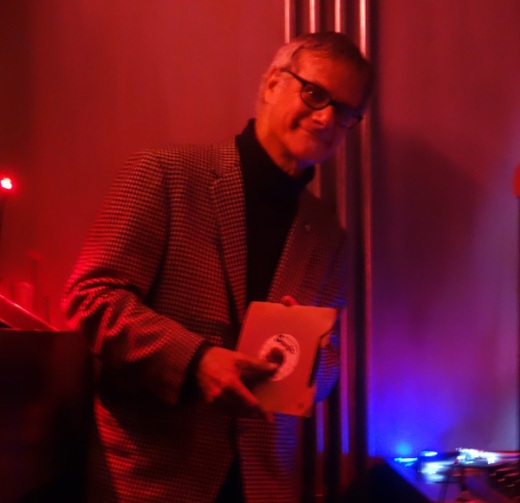 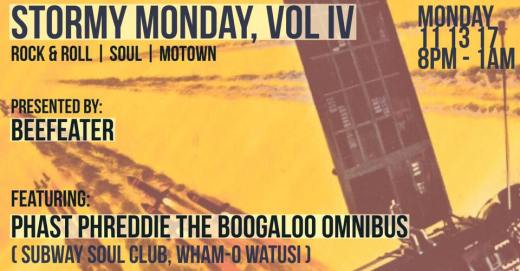