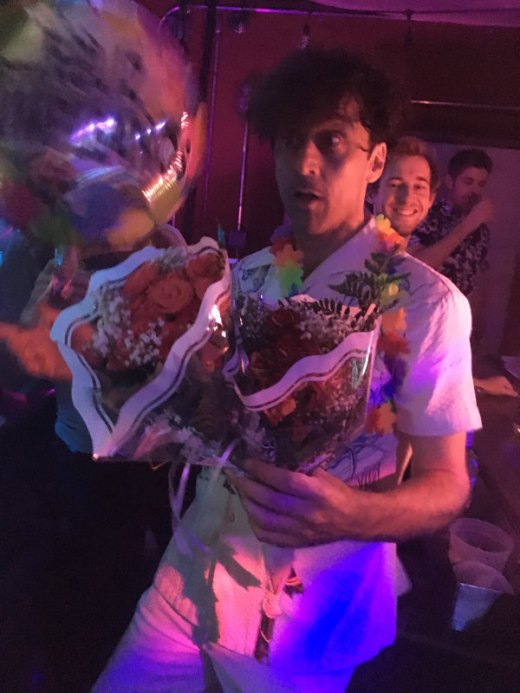 On Saturday, July 28, Phast Phreddie the Boogaloo Omnibus received a text from Jonathan Toubin that read: “Yo Phastman. I’m turning 47 tomorrow on the roof! Feel free to come hang. Also bring a few records if ya like.”

The Boog is certainly not one to turn down an opportunity to “play a few records;” especially for his friend JT. His reply: “Happy birthday. See ya tomorrow!”

So that night, he quickly gathered a bunch of his favorite records together–not too many, as he was sure there would be many other DJs rounded up to do the same–and put them in a small box. He pulled records from his “Wang Faves” box, from his “Boss Soul” box, from his “Top Go-Go” box and mostly from his “Go-Go Instrumentals” box. About 50 in all, that had to be pared down to less than 30.

On Sunday around 8:30 or so, The Boog made the scene at Our Wicked Lady in East Williamsburg, where Mr. Toubin hosts his Sunday Soul Scream on the roof. It is in a very industrial area and very few people live in the neighborhood, so loud noise can be made at all hours. Every Sunday during the summer Mr. Toubin and his crew make a righteous loud noise. Things were just getting started when the Boogaloo Bag writers arrived. Our friend Drew Groove, who was in town from Portland, Oregon, dropped in with a box of 45s and got the festivities going. Then Drew Redmond showed up with his box of boss platters and better needles and the place really started to come alive. It was great to see so many of our friends, including Josh Styles, Sophie Thunder, Todd-O-Phonic Todd, Siss-O-Phonic Cheryl, Brooklyn Babydoll, Matt Clarke, Anna Copacabana and of course the birthday boy himself, Mr. Jonathan Toubin.

As the regular Boogaloo Bag reader may remember, Jonathan Toubin had a near-death experience. In 2011, he was hit by a car while sleeping in a hotel room in Portland, Oregon. He was literally nearly crushed to death, but the medical professionals in Portland said, “Gentlemen, we can rebuild him. We have the technology. We have the capability to make the world’s first bionic DJ.” And so, Mr. Toubin was kept alive and is now more popular than ever; with better records, too!

Josh Styles and Todd-O-Phonic Todd discuss the intricacies of flowered accessories at the Sunday Soul Scream! 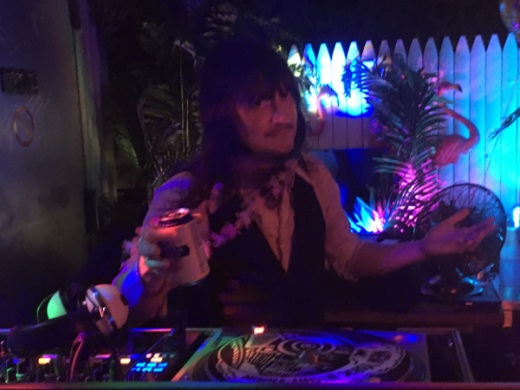 Josh Styles at the controls at Sunday Soul Scream! 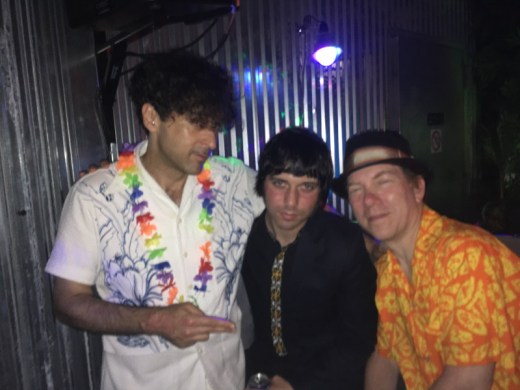 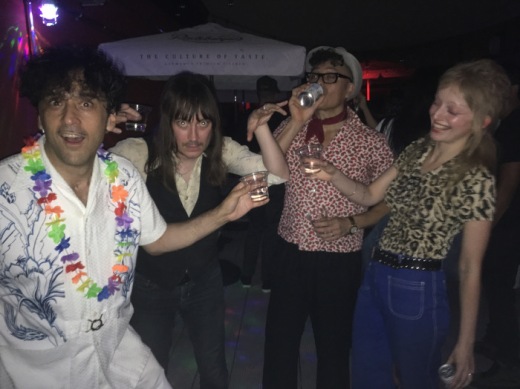 Jonathan Toubin is given a birthday toast by Josh Styles, Alexander Thompson and Sophie Thunder at Sunday Soul Scream!

Around 10:00, The Boog took over the turntables and played his records. Drew Groove played a few more, then a band took the stage: Crush, that featured members of The Black Lips. The band played a wicked noise; one instrumentalist played a saw! The Boog didn’t stay too long after that, since he had to get up early and be a regular person on Monday morning.

The Crushes featured members of The Black Lips, one of whom played a musical saw(!) at the Sunday Soul Scream!

Here’s a list of all the records played by Phast Phreddie the Boogaloo Omnibus at the special Jonathan Toubin Birthday Edition of Sunday Soul Scream:

Happy birthday, Jonathan–here’s hoping you have many more!

None of these records are for sale. Some of them have links to the youtubes in case the reader would like to dig them.