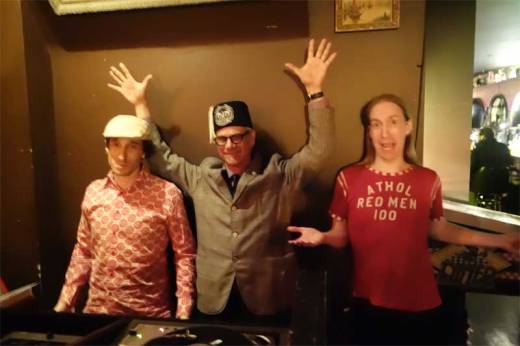 On Saturday May 7, the WHAM-O WATUSI continued it’s run at the Bootleg Bar (this was the tenth WHAM-O!) and also continued an international theme—sort of. Guest DJs were the inimitable Drew Redman, who isn’t really international but can be counted on to play some super boss tracks, and the mysterious Durian Sound. Host DJ Phast Phreddie the Boogaloo Omnibus was very happy to have been able to gather these two into the Bootleg Bar for the WHAM-O. 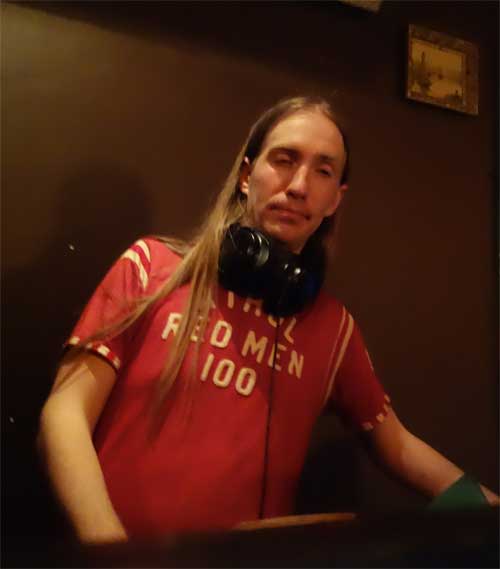 Drew Redmond is from Carthage, New York, a town that may as well be on the other side of the planet. Probably the only reason to go there would be to gas your car if you were to drive to Ottawa. However, Mr. Redmond grew up to be a righteous dude with some very boss records; thus he has become one of the most popular DJs on the reet music scene. He dropped by the WHAM early and swung with a set of his groovy tunes, then went off to judge the dance competition at the nearby New York Night Train Soul Clap event. He then popped back into the Bootleg Bar in time to play another set around the end of the evening. It’s always a gas to dig Mr. Redmond when he works the turntables. He has a knack for rockin’ R&B and primitive rock’n’roll records that must be heard to be believed.

The international portion of the WHAM-O program was ably taken care of by DJ Durian Sound. As a record dealer, he has sold a number of weird records to The Boog over the years. The recent WFMU Record Fair was no exception. Durian Sound is a world traveler who spends quite a deal of time in East Asia. Indeed, he played a number of rockin’ records from the region, and around the world, mixed in with some cool R&B and even gospel records. With Durian Sound in the DJ booth, it was as if the Bootleg Bar had turned into an exciting, international discothèque! A gallery of some of the records he played can be seen here:

Phast Phreddie the Boogaloo Omnibus also played a few international releases. There were some gals from Spain in attendance, so a slew of Spanish language records were played in a row. Also played were records from Turkey, the Netherlands, France and Germany. Calypso, reggae and Afro Beat sounds were all represented. Here’s a list of all the records played by The Boog: