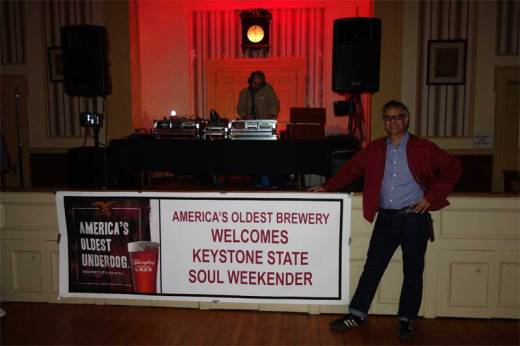 Julio Apollo XII is a Spaniard. David Raistrick is an Englishman. Somehow, they both ended up in Lancaster, Pennsylvania. They are record collectors and soul music DJs. A couple years ago, Julio  founded the Red Rose Soul Club there with DJ Salinger. Mr. Raistrick also lives in Skegness, England, where he runs the Tamala Coffee Bar and Record Shop. Early last year, they started planning to have a Northern Soul weekender in Lancaster. They found a beautiful venue for it—the Elk’s Lodge on N. Duke Street—and rounded up a bunch of DJs who were known nationally and internationally. One of those caught in the dragnet was Phast Phreddie the Boogaloo Omnibus. The dates chosen were November 11th through the 13th. And so the Keystone State Soul Weekender was on. 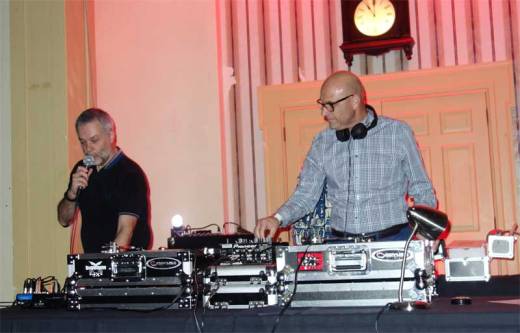 By all rights, this should have been a completely joyous occasion—with frolicking and dancing and all sorts carrying on. However, a virtual cloud hovered over the event when the national election that took place on November 8 surprisingly selected a man whose fascist and extreme nationalistic tendencies are very troubling. Many of those who attended the Weekender worried about the future of our country. Being in deep Pennsylvania, a state that turned red for the first time after six elections, felt a little like being behind enemy lines. However, here we all were at a boss soul weekender with some of the finest soul music DJs in the world, trying to make the best of it. You can be sure that the music that was played was fabulous. We were happy to see smiling faces and dancing feet that came from all over the place—especially a contingent of our friends who came from New York City that included Lady Dawn of the Subway Soul Club and Connie T Empress of the Empire State Soul Club. 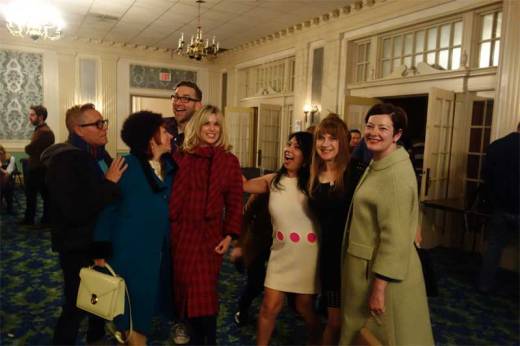 Among the DJs who took part were: Quincy Bright (Philadelphia), John Burns (Philadelphia), Tom Dechristofaro (Cleveland), Kev Draper (England), Ian Friend (Pittsburg), Bruno Jerez (a Frenchman living in New York), Gene Merideth (Allentown), Andy Powell (England), DJ Salinger (Lancaster), Jason Thornton (Boston), Greg Tormo (Hoboken, NJ) and The Thing With Two Heads (Bazooka Joe and X-Tine 16 of Dallastown, PA). Each of the DJs brought their own style to the dance—especially The Thing With Two Heads, which will never be confused with a Northern Soul DJ, but its excellent choice of hot R&B numbers had the place boppin’.

The Thing With Two Heads swings at the Keystone State Soul Weekender!

The Volcanoes made great records that Phast Phreddie the Boogaloo Omnibus likes to play!

Saturday afternoon at the Elks Lodge was very special. Some vendors were set up to sell records and the legendary soul vocal group from Philadelphia The Volcanos sat and signed autographs. Singer Steve Kelly wrote a book about his experience with the group, and The Trammps into which The Voclanos morphed, called Behind the Curtains. The book was available and he signed a copy for The Boog. On Sunday afternoon the event was visited by Howard Washington of The Tranells and Dennis Brennan of The Intentions. 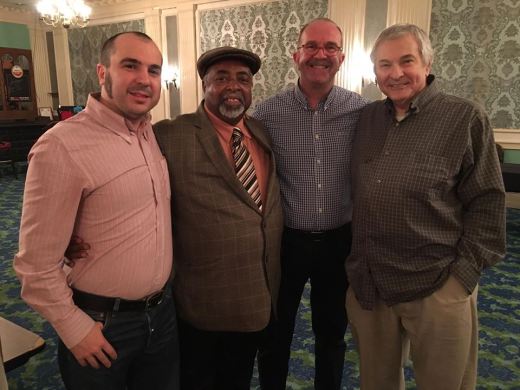 Julio Apollo XII, Howard Washington of The Trenells, David Raistrick and Dennis Brennan of The Intentions swing at the Keystone State Soul Weekender.

Phast Phreddie the Boogaloo Omnibus, though the resident DJ of the Subway Soul Club, is not really a pure Northern Soul DJ—unlike most of the DJs who selected at this event—but his sets were well received, especially the one on Saturday that featured Go-Go dancing by Nancy “Jeannie” Gardner!

On Sunday morning, the Keystone Record Collectors’ monthly record show took place at the Continental Inn—perhaps the best monthly record show east of the Mississippi. Phast Phreddie the Boogaloo Omnibus was attending said event when he got a call from Miss Nancy: our close friend Billy Miller of Norton Records and The A-Bones had just passed away. He had been very ill, but still, this was incredibly sad news.

Phast Phreddie hurried to the hotel room and quickly confirmed that this was true, as per a posting by his wife Miriam Linna on the facebooks. Billy had been fighting diabetes, cancer and seemingly a half-dozen other ailments in the past two years that kept him in and out of the hospital—mostly in.

Phast Phreddie had committed to an afternoon DJ slot back at the Keystone State Soul Weekender and he was determined to fulfill that commitment unless he had a broken leg. So he decided to do so with a broken heart. Phast Phreddie returned to the record show to look for a good record to end his set with, in order to salute Billy Miller. Although he was a heavy record collector, Billy Miller didn’t really like Northern Soul music, so it is with a bit of irony that this salute was done at all. However, Phast Phreddie couldn’t justify executing his set that day without some sort of tribute to his fallen friend. So it was for Billy Miller that Phast Phreddie closed his set with a song by The Shangri-Las—one of Billy’s all-time favorite acts—and one by Andre Williams—one of the acts whose career Norton Records helped to revitalize. The Thing With Two Heads was also very close to Billy Miller and its Sunday set was cancelled.

Directly after his set, Phast Phreddie and Nancy “Jeannie” Gardner climbed into their rented car and drove back to Brooklyn, wiping tears from their eyes the whole way.

Here is a complete list of all the songs played by Phast Phreddie the Boogaloo Omnibus at the Keystone State Soul Weekender:

PS: Thank you so much to Julio Apollo XII and David Raistrick for asking The Boog to spin records at their wonderful event. All of the DJs played amazing records every night. The Boogaloo Bag writers made so many new friends and were very happy to hang with some old ones. Here’s hoping that there is another event next year, and that everyone we know stays healthy! 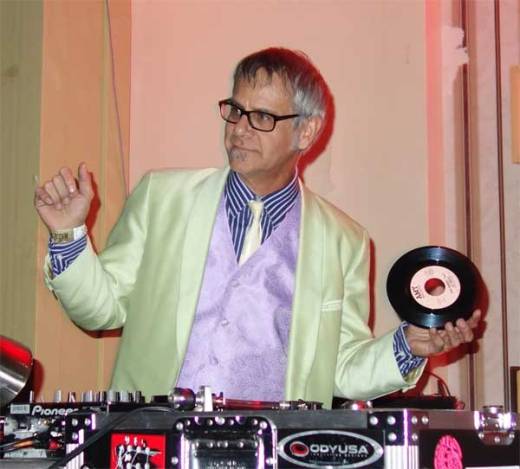 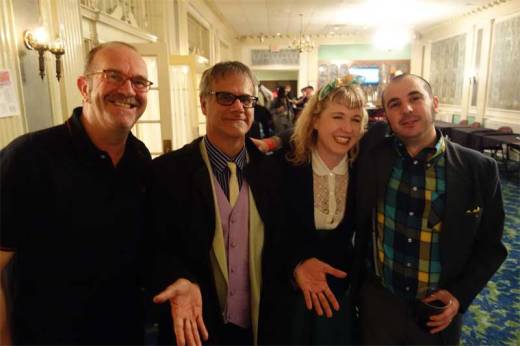 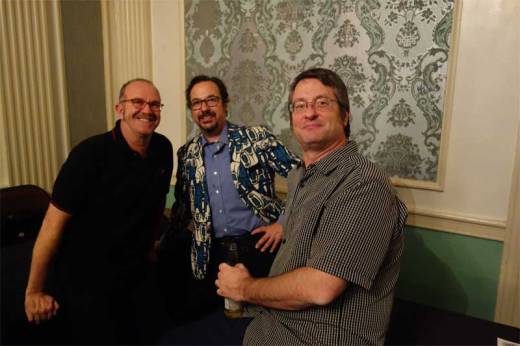 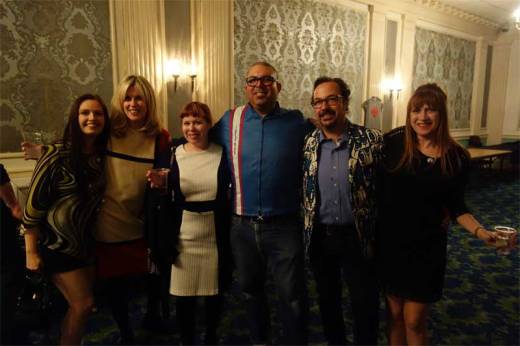 Quincy Bright and his record dealer! 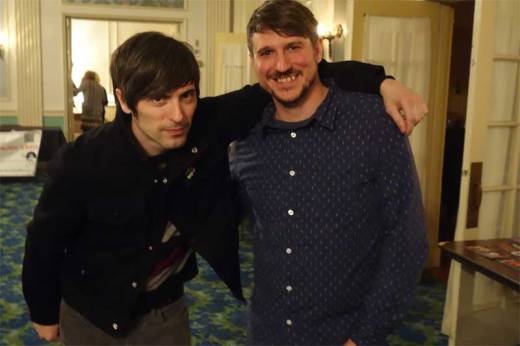 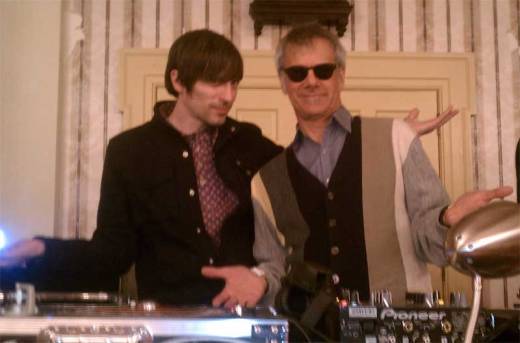